In an increasingly competitive world of work, gaining a broad range of life skills and experience is more vital for young people than ever.

Children, staff and the Local Community at Ranelagh Primary school celebrated the official opening of the Junior Volunteer Police Cadet Unit which has been running at Ranelagh since September 2018. The cadet unit offers boys and girls from years 5 and 6 a wide range of skills in policing. These have included learning the drill (marching), discussing police topics such as stop and search and discussing ways to self-regulate. Through weekly meetings at the school, children take part in team building exercises to develop the spirit of collaboration and good citizenship.

The official launch of Ranelagh Junior police cadets was on Wednesday 27th February 2019. It was held in front of many honourable guests -Deputy Lieutenant for Newham; the Deputy Mayor; distinguished councillors; Detective Superintendent and the Chair of the Trustees for TTLT, Mr Andi Smith. The event began with official speeches by Shella Lawrenson, the Headteacher of Ranelagh, who talked about the success of the unit and how the unit encourage the values held at the heart of Ranelagh- resilience and responsibility . 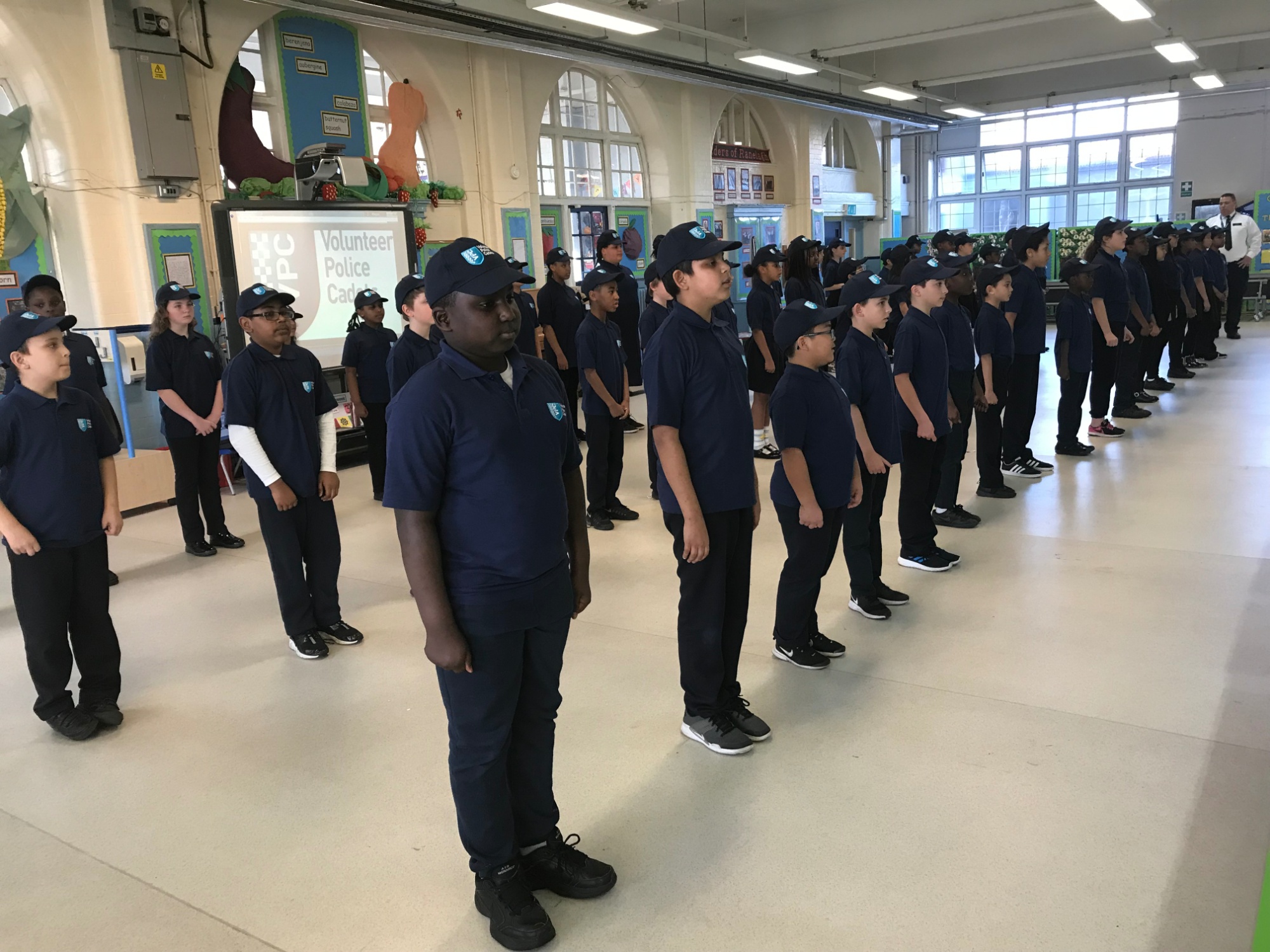 Chair of trustees for The Tapscott Learning Trust, Andi Smith and Paul Harris CEO of TTLT spoke of the programme promoting a practical understanding of policing that gives children life-long skills.

Local councillors, police officers, school PTA members, parents and Ranelagh staff were also present to witness an official Oath Taking Ceremony and Cadet Drill, which was inspected by the visitors.

Community and Clubs lead, Aisha Sheikh, spoke of the successes of the Unit and how children had shown `commitment and resilience’ in their weekly sessions.

Recently, Ranelagh cadets had a team building exercise at Plaistow police station where they had a tour of the station and took part in activities linked to police powers and dealing with confrontation.  They also took police officer safety training and judo training with John Harding (MBE). Children spoke of their exciting day at the station which included being locked in the cells!! 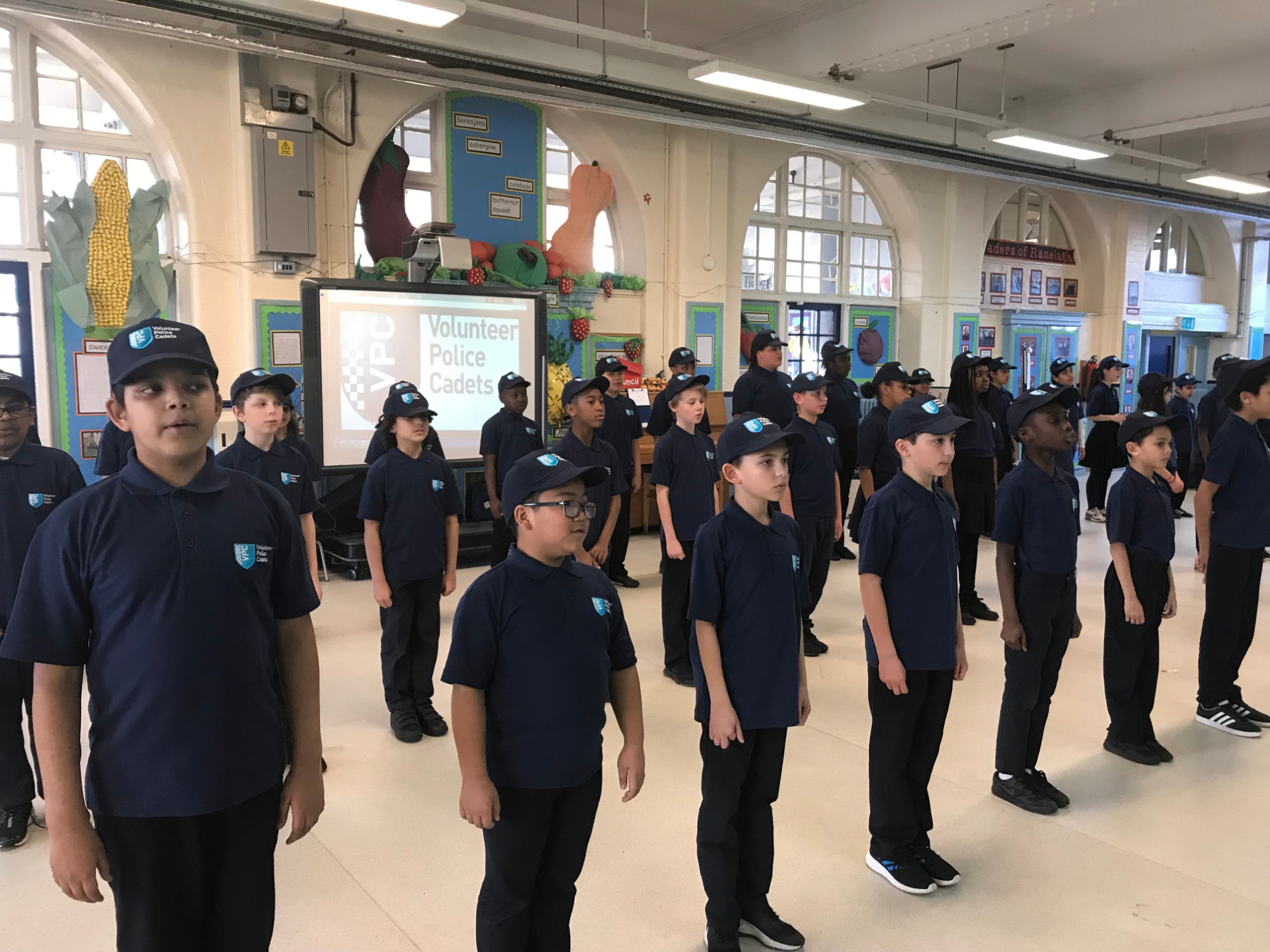 The police cadets have been on a trip to Flip Out for team-building and have many more activities planned such as camping and Cinema trips.