Children used speed machines to track driving speeds on Manor Road in Stratford! Once drivers were stopped, Ranelagh children asked the drivers to consider the consequences. They asked  'What would you do if you lost your licence ? ‘ and ‘Do you know how much harm you could have caused on the roads today by gong faster than the speed limit ?’

The police team were impressed by the way children questioned the public and raised awareness about driving safely.

Alexandru stated, ‘ I really enjoyed working with the police and would like to become a Police officer when I am older’.

Of course , the best thing was testing the lights and sirens of the police cars.

Please make sure you drive at the legal speed limit - you never know when a Ranelagh police cadet will be about ! 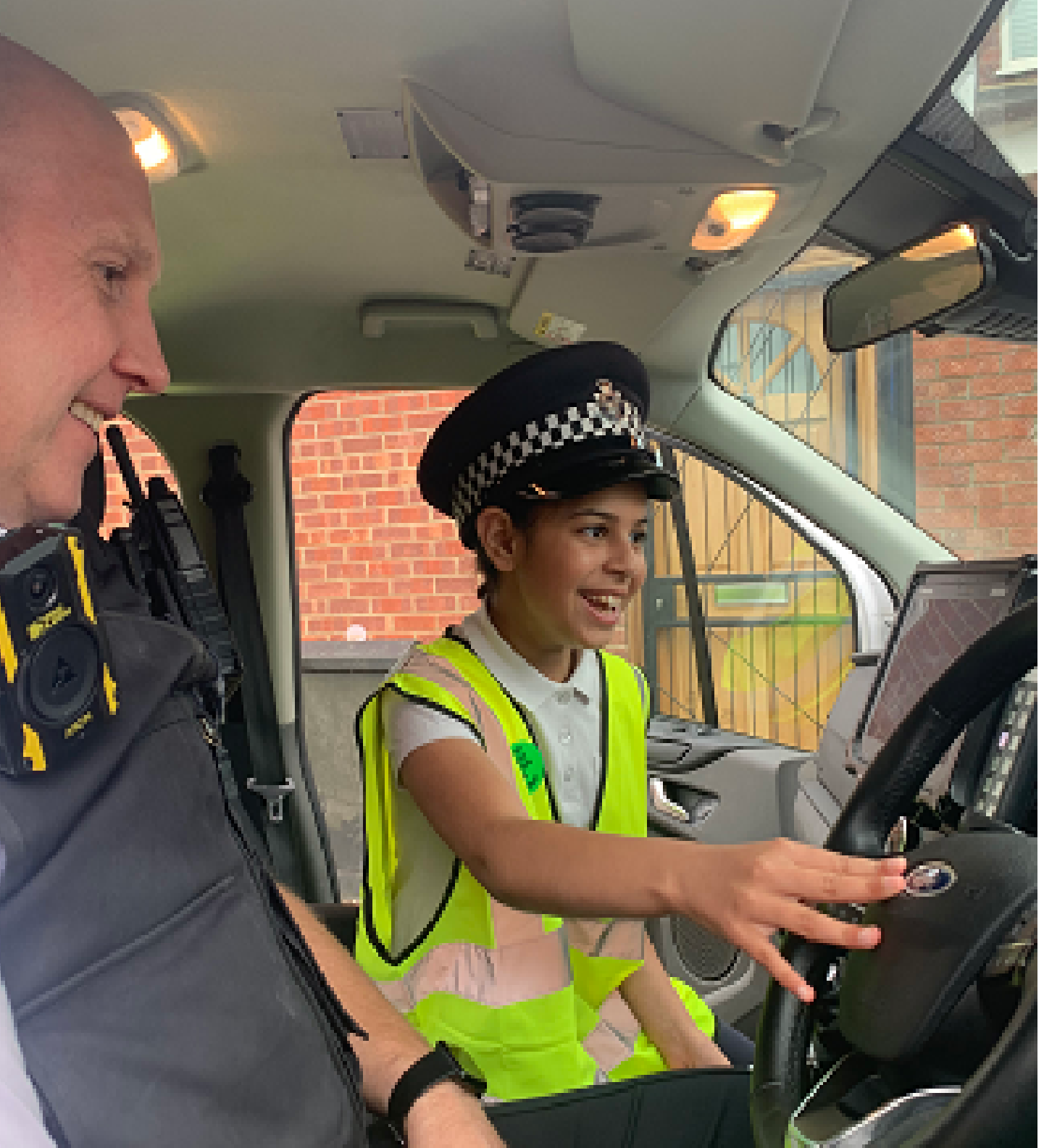