Tate and Lyle has a long history of supporting its local communities, dating back to the 19th Century and the philanthropy of the co-founders Henry Tate and Abram Lyle.

Today, this is translated into donating space at the refinery site for the Junior Citizens Programme run by the Metropolitan Police and organised by our very own Mrs Lawrenson.  Other agencies involved include the Fire Brigade, St John’s Ambulance and the Environment Agency.  Children are taken through potentially life-saving scenarios such as ‘stranger danger,’ contacting the emergency services, fire awareness and safety.

Last month, the whole of Ranelagh’s Year 5 visited the Tate and Lyle factory at the Thames Refinery.   The children learned an incredible amount of information about keeping themselves safe and as Mrs Barzoi, Ranelagh’s Year 5 Lead, stated, “This is an important event for Year 5 children, it makes them develop the skills that will allow them to make the right choices in risky situations.” 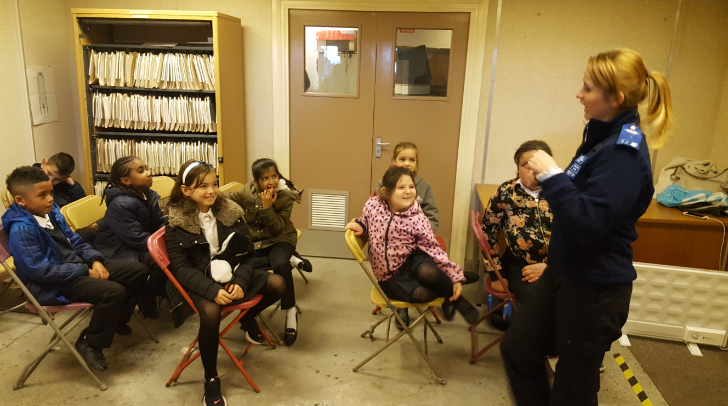