On Friday 26th January, residents of Newham gathered at East Ham Town Hall to remember the victims of the Holocaust as part of the international Holocaust Memorial Day. Held annually, the event provides an important opportunity for us to remember those who suffered and died in the Holocaust.

The 'Every Child A Musician' programme, which champions music education across the borough, selected our very talented school choir to sing at the event. The theme for this year’s ceremony was ‘The power of words’ and the choir sang a beautiful and poignant piece to mark the occasion, called ‘Power of Words.’ An original composition, the song made its world premiere at the event and was revered by those in attendance, including Newham Mayor Sir Robin Wales, David Gold (Chairman and Owner of West Ham Football Club) and Mala Tribich MBE, the key note speaker and Holocaust survivor, who deviated from her speech to comment on how remarkable the children were.  The children’s professionalism and talent was praised by all and was befitting of such a touching service. 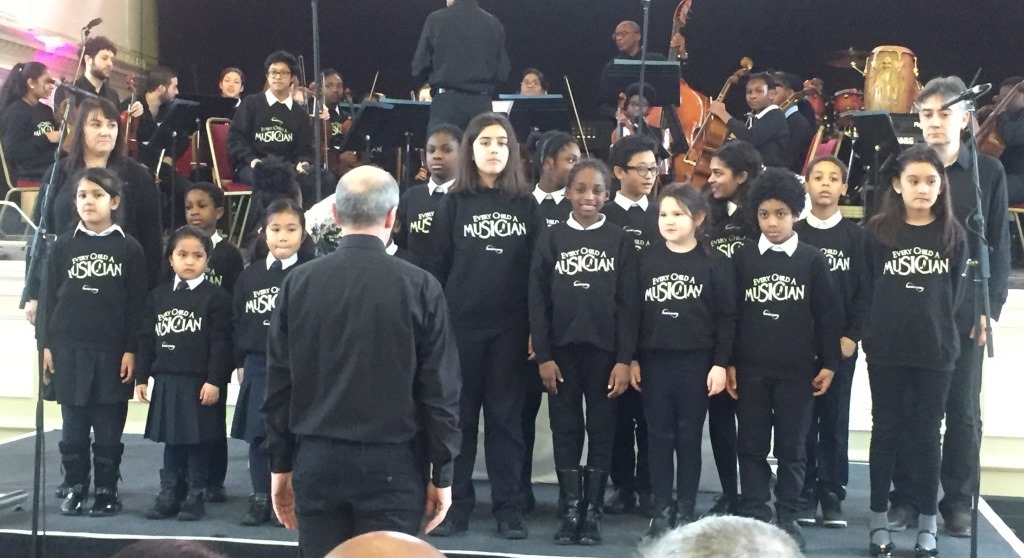