As we all know, Ranelagh loves to get into the spirit of Christmas, and this year was no different. Classrooms and hallways have been adorned with decorations, children have been singing carols and Christmas tunes throughout December and Christmas jumpers have made several appearances in the last few weeks to name but a few of the many exciting things…

The festivities were truly up and running on Friday 7th December, starting with our wonderful Winter Fair led by our fabulous PTA and Mrs Sheikh. Following that, on Wednesday 12th December, our whole school Christmas lunch and Christmas Jumper Day was a real hit: The children and staff enjoyed dressing up like Christmas morning and the school managed to raise money to boot, in support of Save the Children, with each child donating £1.

Later on that afternoon parents and carers joined in jubilant voice to sing carols around the Christmas tree. Led by our fantastic school choir and brilliant pianists Mr. Hurrell and Ms Saxon, parents and children alike cosied up, singing Silent Night, We Three Kings and other famous carols. Some were even treated to the delights of a mince pie!

And to top it all off, the following day the hall was rocking back and forth as children performed in our annual end of term Christmas concert. Held on the 13th, the children across the school took to the stage to perform various festive songs. Year 5 opened the show with Rockin’ Around The Christmas Tree by Brenda Lee, followed by Year 3 singing Wonderful Christmas by Paul McCartney. Year 1 and 2 then put on a terrific nativity, who were followed by Year 4 singing What Christmas Means to Me by Stevie Wonder and Reception singing Frosty the Snowman. Sporting Christmas hats and scarves were our amazing Nursery who sang not one but two songs – Christmas Pudding and I’m a Little Snowman, followed by Year 6 who finished the show with Sleigh Ride by the Ronettes.

“I look forward to these concerts every year,” one parent shared, with another adding “I love seeing my little ones on stage, singing with such loud voices, so proud of their school.”

As we end the term, everyone at Ranelagh would like to wish all of you a Merry Christmas and a Happy New Year – enjoy the break and see you in January. 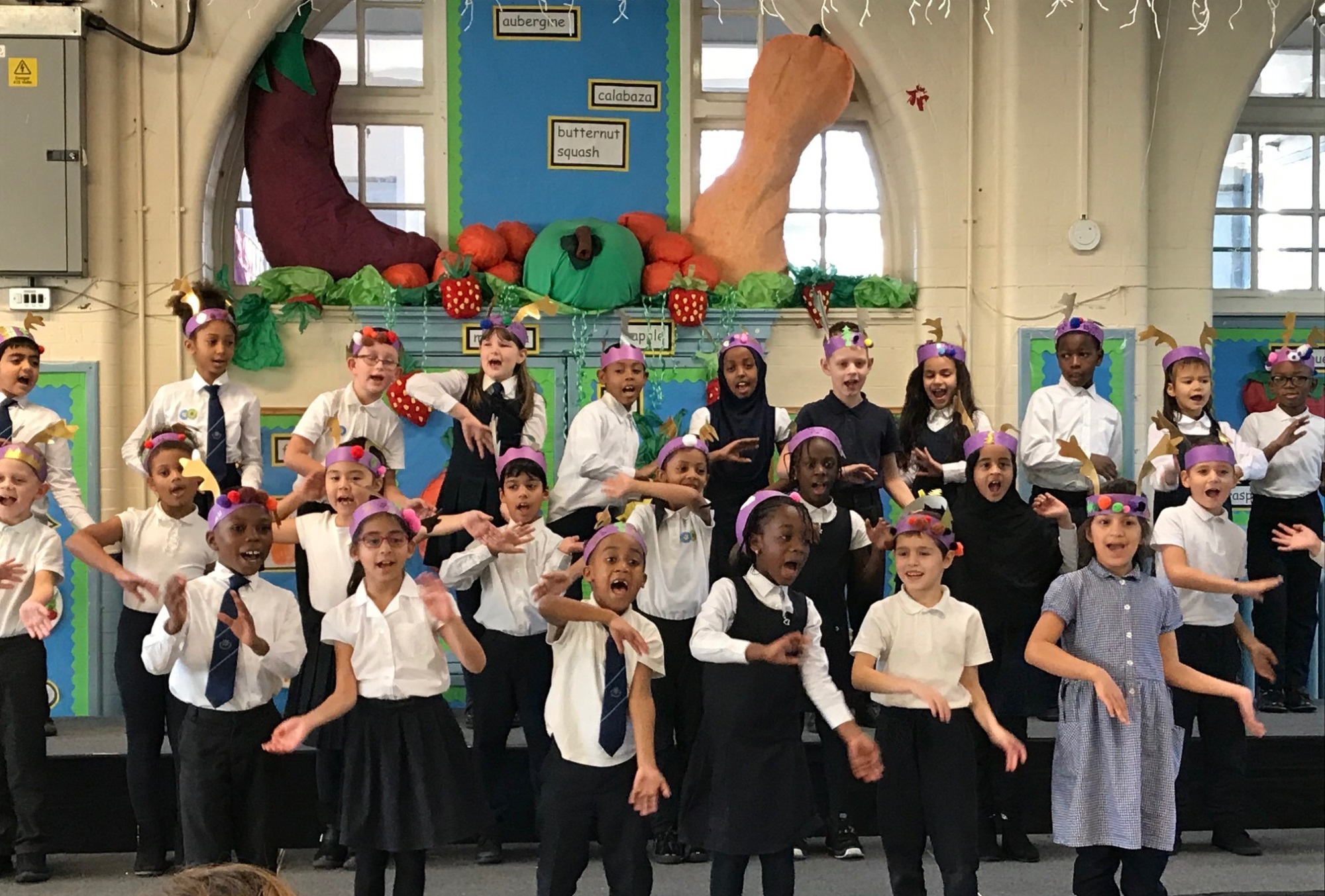