Ranelagh pupils from Year 6 buddied up with our guests during lessons, at break times and in the lunch hall to provide the full Ranelagh experience. Together, the children from both schools spent an afternoon in the Olympic Park, toured East London and ate at a traditional Pakistani restaurant. 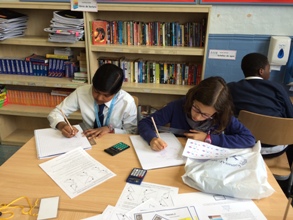 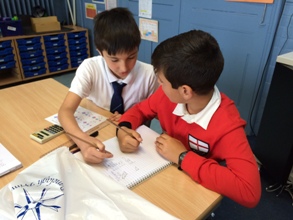 Our Spanish guests brought with them postcards from other pupils at Las Salinas to exchange with their new friends. With help from Las Salinas, Ranelagh pupils then sent letters back in Spanish to introduce themselves and exchange contact details to help them maintain their new friendships.

On Thursday 21st January Ranelagh Primary School was delighted to play host to a contingent of ten Dutch teachers from the Hague. The group travelled from Holland to observe the teaching of computing in an English primary school and the incorporation of technology in the classroom.They were particularly keen to learn how Computing is taught to young children, especially the subject of coding. 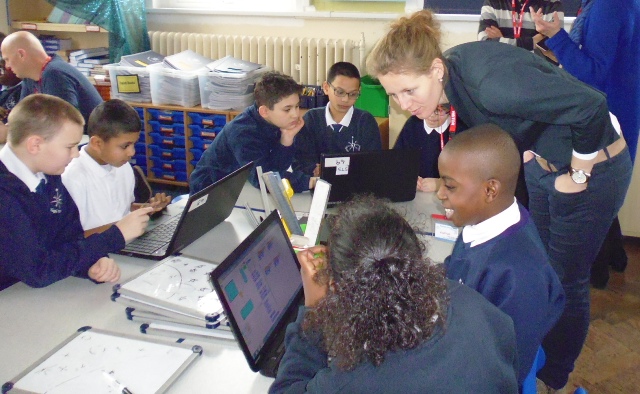 First stop was the Reception class, where the Dutch teachers were very impressed to see that Ranelagh staff incorporated computing lessons from the youngest pupils to year 6. At the next stop on their tour, the visitors observed a lesson in year 2 where the children were using an application called GarageBand to compose music to complement their written words. Children in KS2 were observed using laptops and iPads to access teaching flip charts and worksheets. This activity had the added benefit of reducing the consumption of paper in the classroom. The Dutch teachers were amazed by the standard of attainment at the school and commented that the maths taught in year 4 would be early secondary level in Holland.

The stars of the day were four children from year 5 who were chosen to use the Anomaly Film package to demonstrate how green screen technology can be used across the primary curriculum. The pupils set up the equipment in the morning, including the camera, lights and sound. Once this was accomplished, the pupils then created a short script to incorporate the use of the teleprompter application - all of this was expertly achieved using an iPad. The children decided to demonstrate the technology by creating a news report and the Dutch teachers watched spellbound as they used the equipment like professionals. Elshadai and Diego were confident and impressive in their role as newsreaders and showed their skills as the ten Dutch visitors eagerly watched their performance. The pupils expertly read from the prompter and in just one take they presented the school’s weekly news, including certificate winners, house point champions and the attendance cup .

The Dutch teachers were amazed by the skills the children highlighted and were keen to see the end result, once the editing had taken place. So they waited patiently as Parise and David, using laptop software, took the footage that had been shot in front of the green screen and impressively demonstrated the finished film so it would appear their classmates were in a high-tech news studio . The visitors were suitably impressed and a loud cheer erupted around the room as the Ranelagh pupils showed the finished video.

David said, “It was great to be able to show off some of the things that we do, they seemed really impressed at the end when they started clapping. I really love editing video footage."

On their travels the children visited a Croatian bakery and watched an artisan baker creating a traditional symbol of Zagreb called Licitar Hearts.These beautifully decorated, red heart-shaped biscuits are part of Zagreb's cultural heritage and date back to the 16th Century. They are often used as gifts at celebrations, such as weddings and on St. Valentine's day. Following the demonstration Ranelagh pupils iced and decorated their own Licitar Hearts, a souvenir of Zagreb, to take home. Samiha, year six, commented " We got to taste new things and learn about the specialities of the country."

After a final visit to a Zagreb restaurant for a celebratory meal, Ranelagh said farewell to their hosts and new found friends and flew back to London. However, during the rest of the Summer term the children have continued their learning experience and have been emailing their new European friends.

The final word goes to year six pupil, Misgana, who summed up everyone's views when she said "Croatia was the best time of my life. I could not have asked for a better experience." 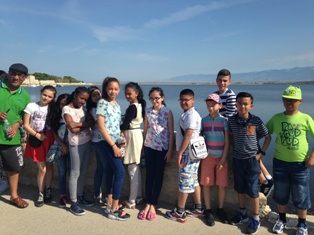 As part of the Comenius Programme Ranelagh Primary staff were delighted to take a group of six, eager pupils to the Czec Republic. Ranelagh teaches Spanish as a modern language to pupils from year 1 to year 6 and although there was a language barrier when the children visited the Czech Republic, they all had fun finding ways of communicating with their new friends. Liciana excitedly said, "I learnt to speak to people in sign language."

David, year 6, summed up the visit when he said, "It was a wonderful experience meeting people from different countries and learning to understand them."

The Comenius Project is a two year Lifelong Learning Programme, organised by the British Council, to encourage a cultural exchange scheme for European school pupils and staff. Liciana, year 6, said of her visit to the Czech Republic, "I decided to take part in Comenius because I wanted to meet children from other countries."

Ranelagh Primary School pupils have successfully been involved in this programme since 2013, ensuring that KS2 pupils develop a knowledge and understanding of the diversity of European traditions, languages and cultures.

Sean, year 6, said, "It's like an adventure." The pupils experience many valuable and character building lessons, including the development of independence, resilience and confidence. "I learnt not to be shy and socialise with other people," Sean added.

On their visits abroad, the Ranelagh pupils visit many wonderful places of interest, learn about exciting cultures and try delicious foods and drink, all while making new friends.
Ashley, year 6 commented, "I learnt that not all countries are the same and they all look different."

Executive Head Teacher, Angela Tapscott, said, "Ranelagh has been very fortunate to be chosen as one of the primary schools taking part in the Comenius Programme, as it has opened up many new horizons for both pupils and staff. Everyone at Ranelagh recognises that understanding and accepting differences in other countries and cultures is an important stage on the route to becoming global citizens of the future."