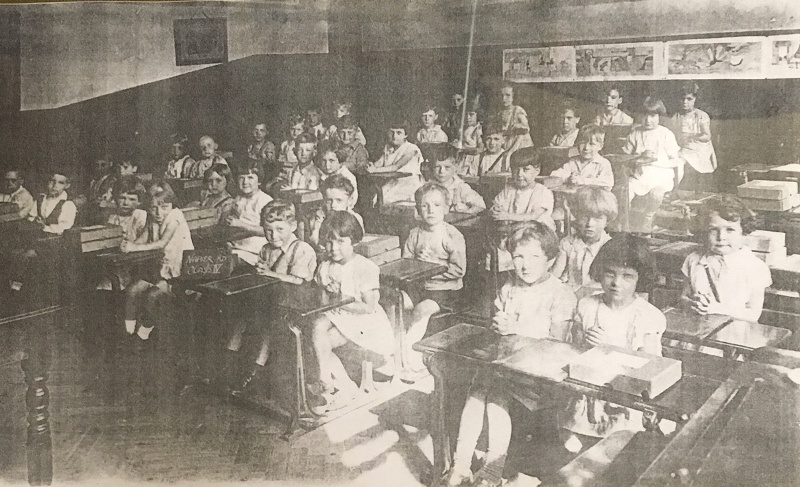 Ranelagh Primary School is steeped full of rich history. Originally named Napier Road board school, it housed junior mixed and infants and opened its doors for the first time in 1902. It was reorganised in 1927 to hold senior boys, junior boys and infants, and in 1945 secondary school children attended the school. In 1953 secondary pupils transferred to the new Thomas Lethaby building, leaving Napier Road an exclusive primary school, to which it has remained to this day.

During the summer holidays in 1944, Napier Road school was bombed during the Second World War and the whole school was ‘put out of action.’ The windows were destroyed and blown out, rendering the school inhabitable for a short period of time. As was standard at the time, the Headmaster kept a school logbook, recording the day’s main events and any issues with staff and pupils. During the summer term of that year there were many air raids and the children were protected in air raid shelters. Many children from the local area were also evacuated to places in the country for safety, all of which was recorded in the Headmasters log.

The school reopened that February after repairs had been made but was damaged again by a V2 rocket at 8:30 PM on the 27th of the same month, but high spirits and resilience prevailed as the school remained open while First Aid repairs were made.

The school of course survived the Second World War and has moved from strength to strength. It was renamed Ranelagh Primary School in the mid 1970’s, has seen many redevelopments including playgrounds and parks and has a been place of outstanding learning and education ever since its inception.